The 50 Best Science Writers of All Time 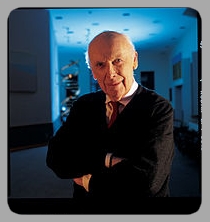 Being a great science writer means not only being able to convey frequently complex ideas and theories: it also involves being able to write in a way that keeps readers, even those who aren't experts in the field, engaged and wanting to learn more about the subject. It's a delicate balance to attain, but there have been many throughout the years who've managed to do it, though some with more grace than others. We've compiled a list of some of these science writing greats that any student should check out.

Through the work of these authors, readers can explore the farthest reaches of our universe, gain a better understanding of our own solar system and grasp the rules which govern it all.

Check out these authors to teach yourself about the rules of matter, motion and the particles that make up the universe as we know it.

These authors will help students and science enthusiasts alike to learn more about how biological organisms form, grow and change over time.

Here, you'll find some of the biggest and best minds in evolutionary science and genetics who shared their thoughts and research with a wider audience.

Those who love to read about the natural world will appreciate these great science writers who focused their careers on promoting the understanding and preservation of it.

Through the great works of these science writers, you'll explore the mysteries of the human body and mind.

These gifted writers focus on different topics throughout their writing, touching on fields like evolution, technology and paleontology.

If you want to take in some classic science writers, these are all excellent choices, showing you where great science writing has its roots.